In the mid to late 1980s, I watched a short season of films by Shūji Terayama, a Japanese radical best known for his feature films, Throw Away Your Books, Rally in the Streets (1968), and Emperor Tomato Ketchup. (1971). The screenings took place at Filmhouse in Edinburgh, which I visited on a semi-regular basis to see the kind of subtitled arthouse films that I had previously only been able to watch on the BBC2 small screen or Channel 4. Tickets were cheap, especially if you were unemployed like I was, and spending afternoons watching Godard and Fassbinder, or more current works by Derek Jarman or Peter Greenaway, was a bargain for 50p.

Shūji Terayama’s season, however, was something else again and seemed more about performance or visual art than film. A short film, Laura (1974), had a group of women speaking directly to the camera, with Terayama’s assistant, Henrikku Morisaki, walking from the audience and across the slatted screen to become part of the film, breaking the framework to interact in the flesh with what was happening on the screen.

Another film, The Trial (1975) focused on characters hitting nails on various surfaces. The film’s grand finale saw Morisaki walking among the audience handing out hammers and nails, inviting us to join in on the action projected onto the wall in front of us and hammer nails in for real.

I had never seen anything like it, but I found this twist liberating and uplifting in a way that opened up the possibilities of what film/art/performance could be, even if the provocations of Terayama were of their time. Nowadays, when commercial concerns take precedence, such retrospectives are more likely to take place in a gallery space. Indeed, in 2012, the Tate Modern in London hosted a Terayama season similar to the one held at Filmhouse, and featured Morisaki taking part in Laura for the first time in twenty-seven years.

In Scotland, if a Terayama season was likely to be seen anywhere, discerning curators might want to give it a place at the Scottish National Gallery of Modern Art, for example. This would be ideal for the former Dean Gallery now known as Modern Two. Or it would have been until recently.

The Terayama season, and the climax of The Trial in particular, came to mind when I saw photos from Filmhouse last week. The footage showed the windows and doors of the room where I was given a hammer and nails to participate in the Terayama film closed with steel shutters. The move was taken after the Center for the Moving Image (CMI), the umbrella body in charge of Filmhouse, the Edinburgh International Film Festival and Belmont Cinema, Aberdeen, went into abrupt liquidation in early October. The building is already for sale and is described in the Savills Sales Agents brochure as a ‘unique leisure development opportunity’. The real estate vultures are already circling.

The nails – or whatever is needed to secure the steel shutters – gave the impression that the old Filmhouse is awaiting demolition as part of a slum clearance program. It wasn’t done for some kind of artistic release like with Terayama’s movie. It was closure in every way.

When the CMI issued its statement on October 6e2022 that it was to cease operations with immediate effect, it was undoubtedly as shocking to the more than one hundred staff members who had just been furloughed without notice as it was to the wider film community, in Scotland and beyond. Here, after all, were several institutions that had long been mainstays of cultural life, shut down overnight, with their fate in the hands of the receivers.

The statement spoke of “the perfect storm of sharply rising costs, particularly energy costs, alongside shrinking trade due to the continued impacts of the pandemic and the cost of living crisis.”

The statement also cited wage costs, inflation, trade at fifty percent of pre-pandemic levels, the rise of streaming services and public funding having stalled for the past eight years. He didn’t mention Brexit, but he didn’t mention layoffs either.

Taken at face value, everything he said was undoubtedly as true for CMI as for other bankrupt institutions, artistic or otherwise. Hours after the statement was released, however, rumors elsewhere suggested there was much more going on beyond.

We were talking about managerial hubris, disconnected top-down thinking that couldn’t adapt to new ways of seeing and doing things. When figures were released on how much public funding CMI had received – £1.5m for the current year, an additional £250,000 for the 75eanniversary year, £1.3m emergency funding to help recover from the impact of the pandemic – eyebrows raised. And when it became clear that CMI leaders had been aware of the dismal state of the organization for several years, those eyebrows were raised even more.

Such eye-watering sums are a far cry from the founding of the Edinburgh Film Guild, the volunteer-run body established in 1927, which kick-started the founding of the EIFF twenty years later. EFG has been a resident of Filmhouse since 1980 and has remained a separate institution from Filmhouse and CMI. Now, however, EFG, through no fault of its own, has been left homeless and forced to cancel its program. This may have been lost in the outrage over the loss of more high-profile organisations, but perhaps it’s EFG’s grassroots origins that those trying to salvage something from the wreckage of the CMI could find turn for advice.

Within hours of CMI’s announcement, a petition was launched by filmmaker Paul Sng and curator of independent film events organization Cinetopia, Amanda Rogers, public meetings were held and a campaign to try to save – not CMI – but the institutions that had been in its care – was formalized, with Sng and fellow filmmaker Mark Cousins ​​at its helm. Significantly, support for the campaign also came from EIFF director Kristy Matheson and Filmhouse programmer Rod White.

Despite all this heroic activity, there remained an overriding sense that while the Film Festival, Filmhouse, Film Guild and Belmont can go, nowhere was safe. This is despite the rush of events large and small which has seen theatres, concert halls and festivals resume full operations for the first time since the pandemic. It was done with a heady optimism that might have convinced some of the paying audience that the so-called new normal was just a case of the status quo. If only.

As a signal, the National Galleries of Scotland announced that Modern Two, the second space of the Scottish National Gallery of Modern Art, installed since 1999 in the former Dean Gallery, was forced to close for the winter. The pandemic and rising energy bills were again cited, as was the seemingly all-consuming “perfect storm”. Other organisations, including the National Museum of Scotland and Dance Base, said they were also under pressure to survive.

As sad and tragic as the events surrounding CMI and Modern Two are, none of this should come as a surprise. Nor are such crises exclusive to Edinburgh or Scotland. Of course, the forced closure of sites due to the pandemic has left its mark, as has the spectacular rise in energy bills. And Brexit. Let’s not forget Brexit, even though it may be unpacked. 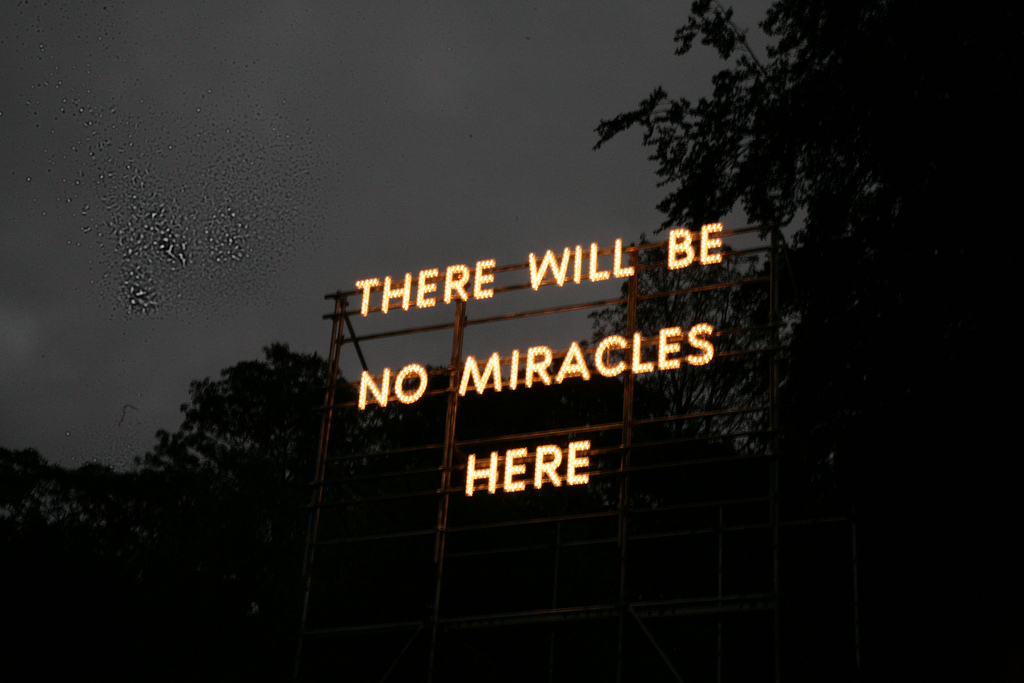 What happened with CMI and Modern Two was an accident waiting to happen and one that risks more casualties. For all the well-meaning support from emergency funding programs, they were little more than band-aids consolidating what, in CMI’s case, at least, felt like an already gaping wound. No one was ever going to be saved. As someone else has remarked, the lyrics of Nathan Coley’s installation in the grounds of the Scottish National Gallery of Modern Art speak volumes. ‘There will be no miracles here’.

An ancient Japanese proverb states that “the protruding nail must be driven in”. Whether this had any influence on ShūjiTerayama and his nail film, The Trial, I have no idea. Either way, the proverb is said to mean something roughly along the lines that those who are jealous of those who stand out will do everything in their power to bring them into line with everyone else. Applied to the CMI’s collapse, this could be seen to indicate a form of top-down thinking that, rather than releasing those with a hammer as Terayama did, becomes a form of maintaining control by any means deemed necessary. 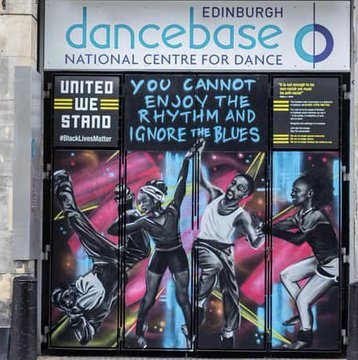 Meanwhile, beyond the collapse of the CMI, life and art continue elsewhere. The Edinburgh leg of the French Film Festival is about to begin screenings in November and December at both the Dominion in Morningside and the multi-faceted arts space, Summerhall, which also has its own Summerhall cinema! program. Cinetopia, the curatorial film organization run by Amanda Rogers, recently screened I Ken Whaur Im Gaun, an immersive film and sound installation exploring oral folk traditions in Scotland, at the French Institute in Edinburgh.

Cinetopia also worked with Edinburgh-based feminist-surrealist magazine Debutante on Electric Muses, an evening of rarely seen surrealist films directed by women at the Leith Theatre. Then there are the likes of Braw Cinema Club, showing cult classics in the bowels of the Banshee Labyrinth pub, while Out of the Blue hosted the Take One Action Film Festival.

These initiatives and other community cinemas past and present show the same kind of pioneering grassroots spirit that sparked the founding of the Edinburgh Film Guild by a group of film obsessives who wanted to see films no one else could. was going up. None of them need or needed a monolithic organization like CMI to run things. But then, EIFF, Filmhouse or the Belmont either.

As it stands, the collapse of an organization no one asked for necessitated the creation of a CMI Welfare Fund GoFundMe page. Give generously. The fired people deserve every penny.

Rumor has it on the street that the EIFF name has been bought from CMI and the festival will take place in some form in 2023 after being offered space at the Edinburgh International Festival headquarters at The Hub. There is also talk of a potential cinema-friendly buyer for Filmhouse, while campaigners are also considering continuing operations at other premises.

Beyond the current debacle, if one wanted to play devil’s advocate, one might suggest that the slow-burn disaster movie now playing across industries might actually bring things back to some kind of rules fair game, where organizations were run from the ground up rather than top down as is currently the case. Whatever happens next could really be worth a hammering.

The CMI Welfare Fund GoFundMe page can be found here.

Previous The best new restaurants and menus in Mumbai, Pune, Bangalore and Delhi from November 5-11 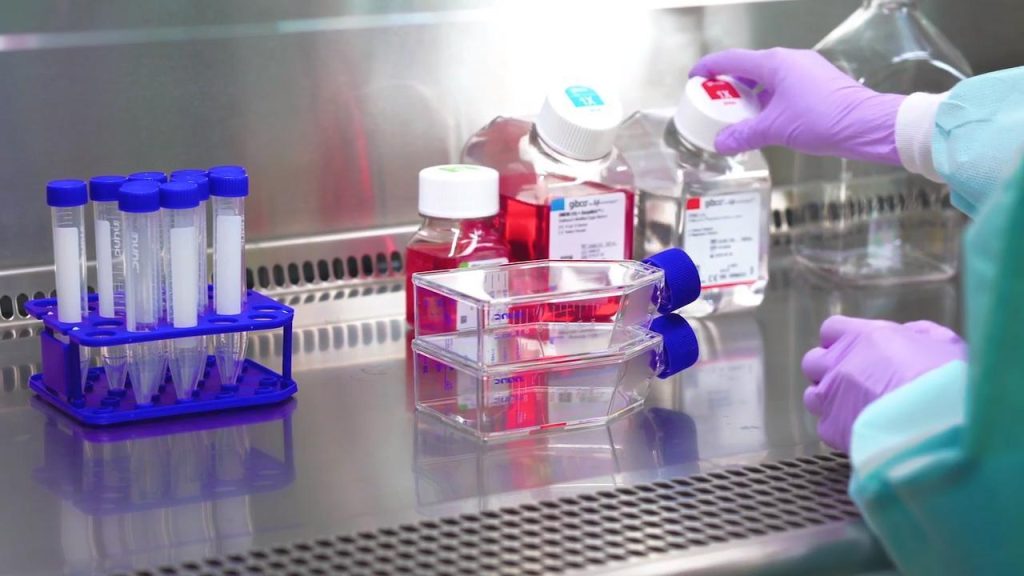 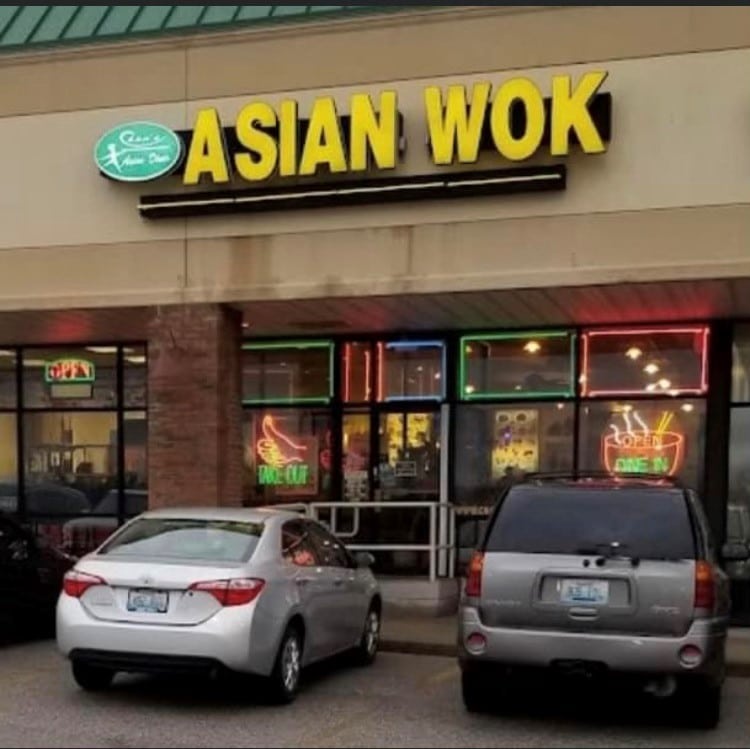 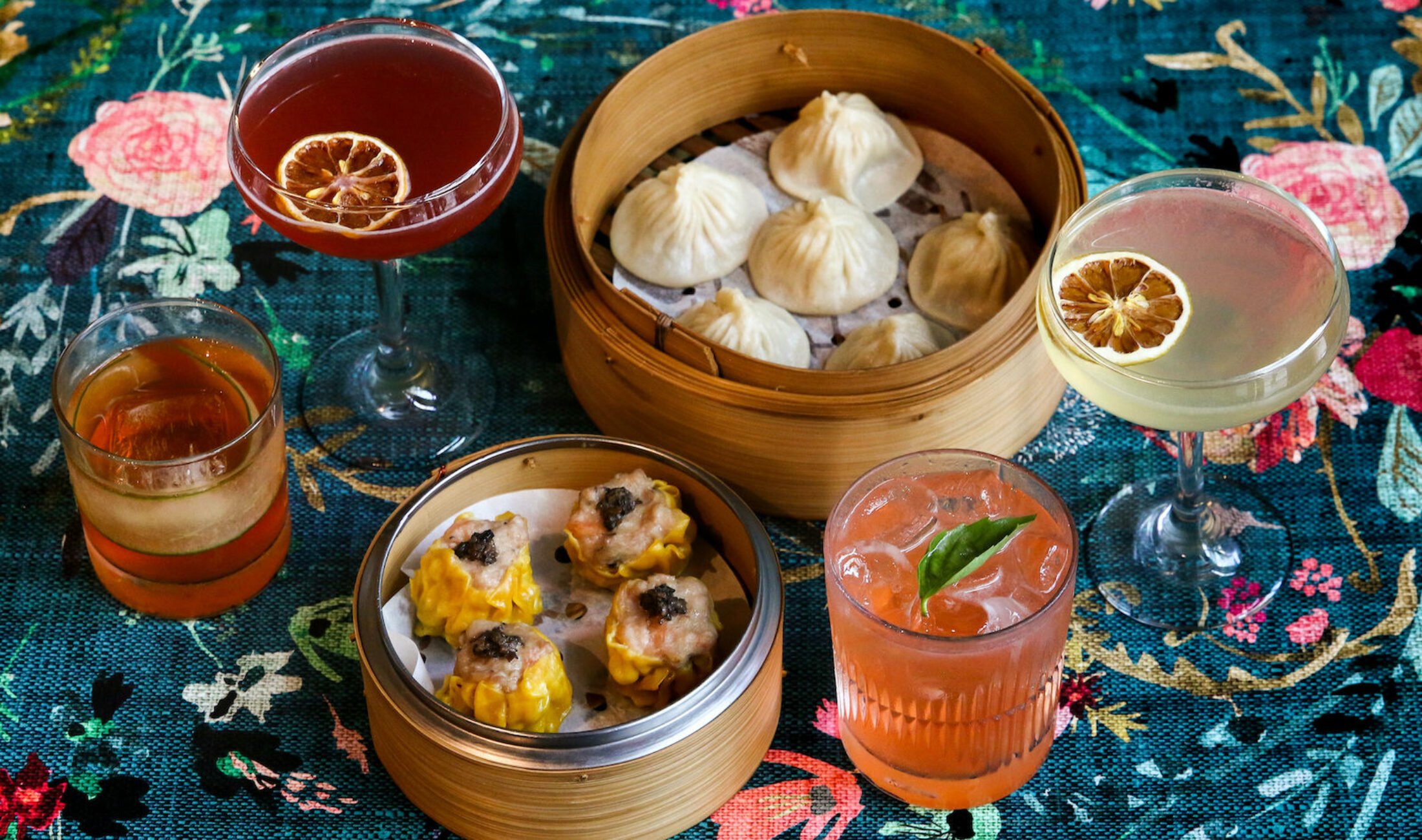 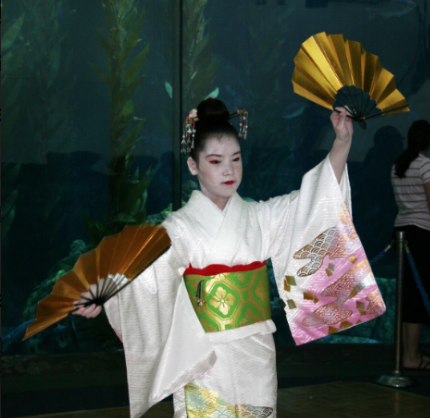 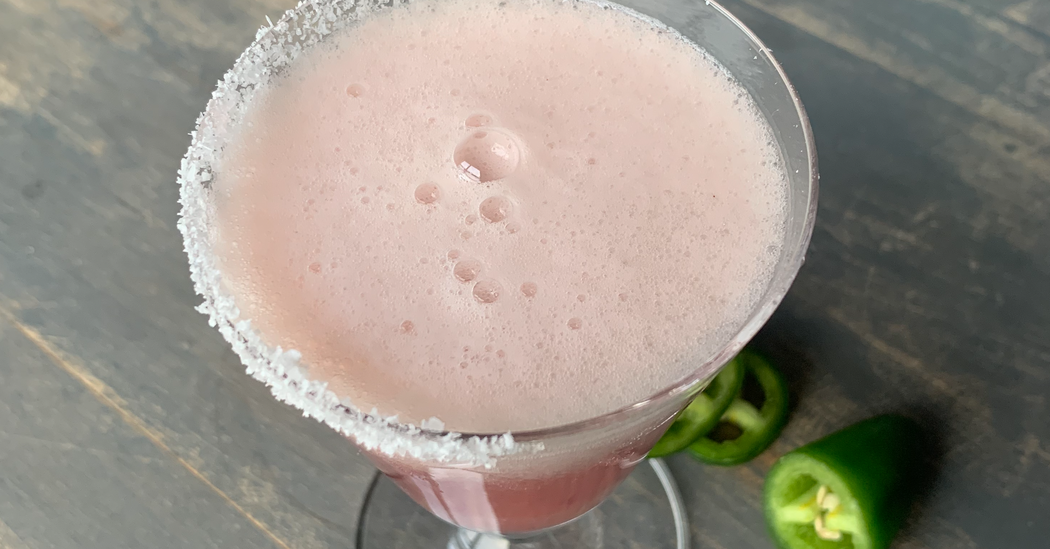