My first thought eight years ago was what could be more bizarre than adding sushi to a successful burrito restaurant and offering burritos and sushi? This happened when my friend Lupe Aguas first mentioned to me that he was considering adding a 7 foot sushi crate and making and selling sushi at his Mexican restaurant La Bamba in downtown. town.

Apparently, I wasn’t the only skeptic. Lupe says many told her it was a “crazy idea” to add sushi to a burrito restaurant. Now keep in mind that in 2014 sushi had not gained popularity in BN like it does now where it is available in grocery stores and many restaurants.

However, he had the last word. Now ask Lupe how the sushi sales are going – he smiles quietly and says “very successful”. In fact, sushi sales over the years have far exceeded his expectations.

Lupe says he wasn’t very familiar with sushi when chef Danny Valencia approached him about adding a sushi crate and making and selling sushi at La Bamba. Danny told him that he had 13 years of experience making sushi in Japanese sushi bars, the last five as a sushi chef at the local Japanese restaurant – Hayashi, which had closed a year earlier.

After thinking about it, Lupe told Danny that if Danny paid for the equipment to make and sell sushi, they would split the sushi business 50-50. So Danny bought and installed a 7 foot sushi crate at the north end of the front counter, bought a two door freezer and some supplies, added a hot water line and they were in the sushi business too quickly with the La Bamba Sushi Bar.

Lupe adds that many of Danny’s customers followed him to La Bamba, and it was time to add sushi since sushi was just starting to become popular in Bloomington-Normal. Kudos to Lupe and Chef Danny for taking the risk, and both are smiling as I write this.

• BARREL HOUSE — Tentac, the owner of the Doubletree Hotel, will be the franchisee and bring the small eastern Iowa chain to the location of the former TGI Friday attached to the DoubleTree Hotel. Tentac describes the Barrel House as offering upscale pub fare and 12-15 draft beers. A major renovation should begin soon and the restaurant should open this summer.

• FIESTA RANCHERA — The local family ownership recently purchased the A-frame building at 604 IAA Drive for $500,000 and will demolish it to relocate the Fiesta Ranchera from the adjacent Empire Crossing. Some may remember the A-frame that once housed Heap Big Beef, The Beef Place and Dabney’s.

20 Bloomington-Normal restaurants we want to come back to

Gil’s Country Inn, a longtime family restaurant in Minier, closed in 2013 after the economy took its toll. The restaurant was particularly known for its fried chicken.

Lancaster’s Fine Dining, 513 N. Main St., a downtown Bloomington mainstay for nearly 16 years, closed in August 2014. A struggling economy and the upscale restaurant’s location in a neighborhood of bars were factors.

Bennigan’s, which marketed itself as an “Irish American Grill & Tavern”, closed its Normal location in July 2008 after the chain filed for bankruptcy. The restaurant, 115 S. Veterans Parkway, was replaced by Wild Berries, which was later closed and razed. Owner Tartan Realty Group of Chicago now plans to build a four-unit development on the site.

Lox, Stock & Bagel closed in May 2004 after 22 years at Normal’s College Hills mall, concurrent with the mall’s conversion to Shoppes at College Hills.

Zorbas, popular for serving Greek cuisine, gyros and breakfast, closed in 2015 after its location at 603 Dale St., Normal, was sold to a developer. The restaurant opened in 1983 around the corner at 707 S. Main St.

The historic Grand Hotel, 1201 E. Emerson St., Bloomington, once served as the winter training quarters for a number of circus acts and was converted into a restaurant in 1937. The property was seized by the Pontiac National Bank in 2001, sold in 2002 and demolished a few months later.

The Mr. Quick restaurant at Clinton and Washington streets opened in January 1966, with burgers starting at 15 cents and coffee for a penny a cup. The restaurant closed in 2001, and the City of Bloomington later purchased the site and razed the building so it could widen the intersection.

Chicago Style Pizzeria, 1500 E. Empire St., Bloomington, closed in 2015 after 22 years in business when owners Abe and Ruth Taha (Abe is pictured above) decided to retire.

Shannon’s Federal Cafe, 105 W. Front St., opened in 1997 after its owners took over the historic Federal Cafe in downtown Bloomington, which had closed two years earlier. Shannon’s closed in 2004 because the owners also ran Shannon’s Five Star restaurant, and the demands of both businesses were too high.

Damon’s – The Place for Ribs opened in 1995 at 1701 Fort Jesse Road, Normal. The restaurant closed in 2006 after a decline in business; the site is now a CVS pharmacy.

The Australian-themed Ned Kelly’s Steakhouse opened in May 1992 in Bob Knapp’s former location in the Brandtville Center (now known as Morrissey Crossing). It closed in August 2007 after the company’s four locations in central Illinois were unable to compete with larger chains.

Arnie’s was a popular restaurant in Twin City for 25 years. Located at Bloomington Airport Terminal, it closed in 2003, shortly after the Central Illinois Regional Airport moved to its current location about a mile east. A later restaurant, Arnie’s Etc., operated for about a year in the old terminal, until it closed in 2005.

Diamond Dave’s, a mainstay of the former College Hills mall for 21 years, closed in June 2004 alongside the gutting of the mall to create what is now the Shoppes at College Hills.

Jerry’s Grille opened in 1999 in Bloomington’s Brandtville Mall, taking over the location used by another restaurant, Henry Wellington. It closed in 2005 and then became Goodfellas, which also closed.

After 33 years in the heart of Normal, Golden West closed in 2002, after the owners received a surprise offer for the site and decided it was time to sell. The building, 712 S, Kingsley St., was later sold to Tartan Realty and demolished in 2003.

After eight years at 407 N. Hershey Road, Bloomington, Ming’s closed in 2012. The restaurant was facing foreclosure at the time.

The former Central Station restaurant in downtown Bloomington, once a fire station, is now home to Epiphany Farms Restaurant and Anju Above.

Chevys Fresh Mex, 704 S. Eldorado Road, Bloomington, closed in 2011 after being open for nearly nine years. The site has also housed several other restaurants, including House of Hunan, Shakey’s Pizza, and Butterfields.

The Caboose, a historic Bloomington restaurant at 608 W. Seminary St., closed without fanfare in February 2012. The restaurant, with multiple owners and names including Chuck’s Caboose and Barney’s Caboose, had been a West Side staple for more than 60 years.

Delgado’s, a popular Mexican restaurant at 201 Landmark Drive, Normal, closed in May 2005 after 24 years in business. This is now the location of Los Potrillos.

Carius, of Bloomington, is a former food program and plan review supervisor for the McLean County Health Department. His Facebook blog, Bloomington-Normal Restaurant Scene, has 31,000 followers.

Next Houston-exclusive pop-up, with 10-course tasting menu, promises to make an Instagram splash 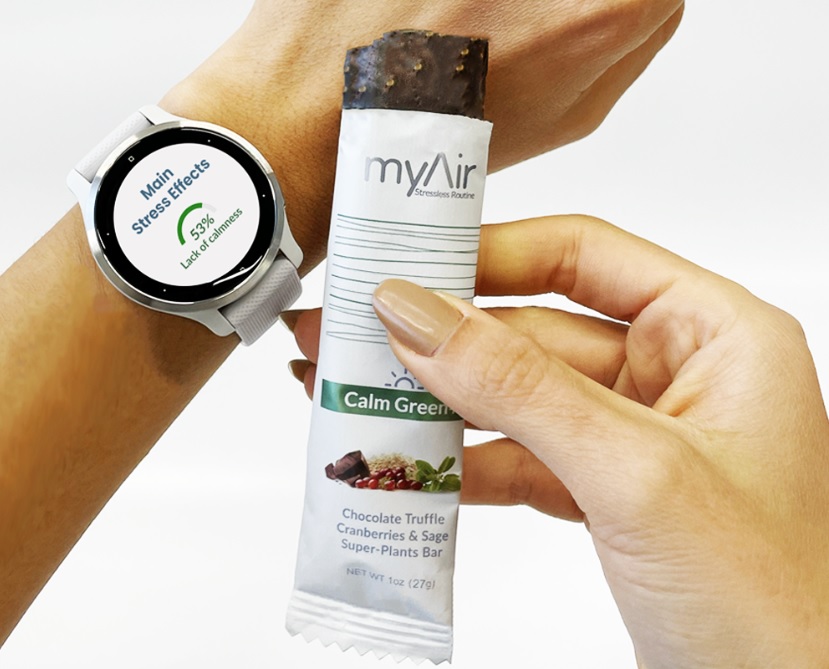 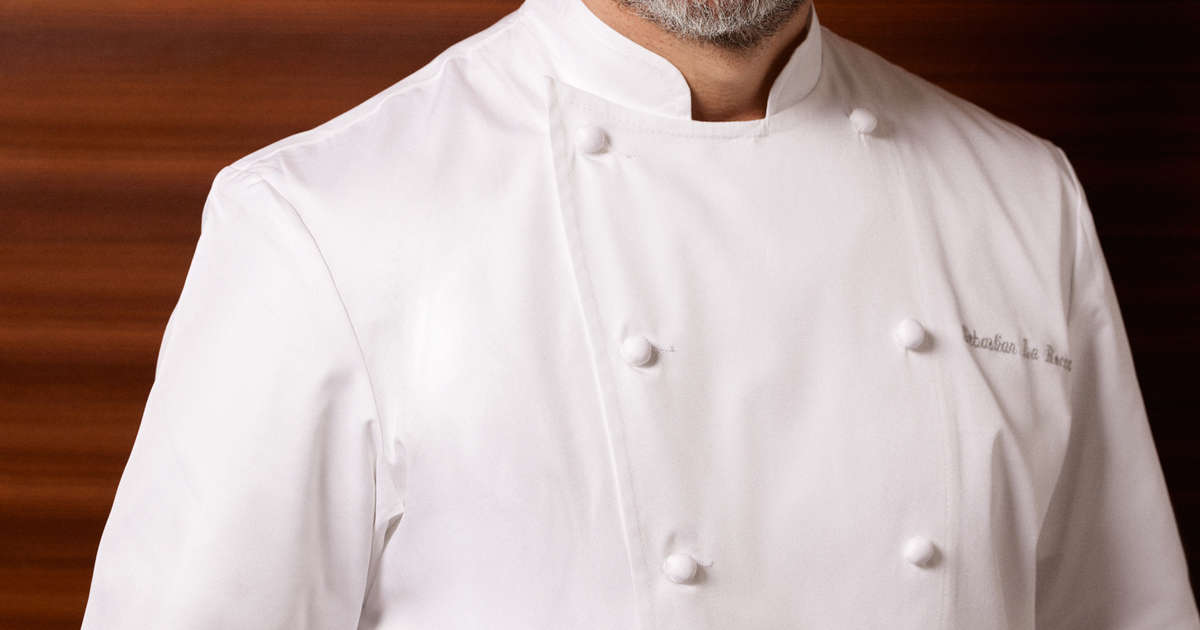 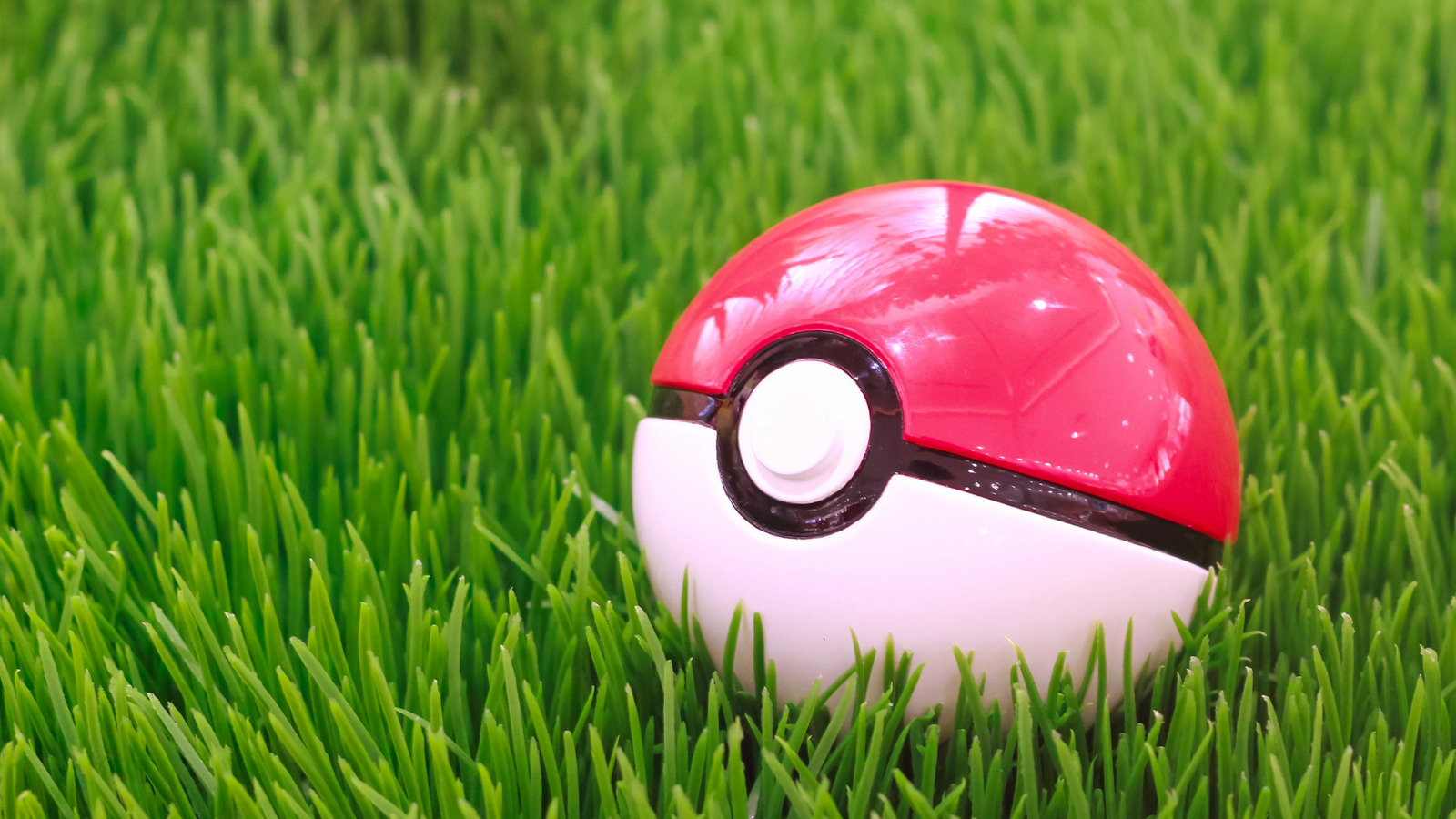 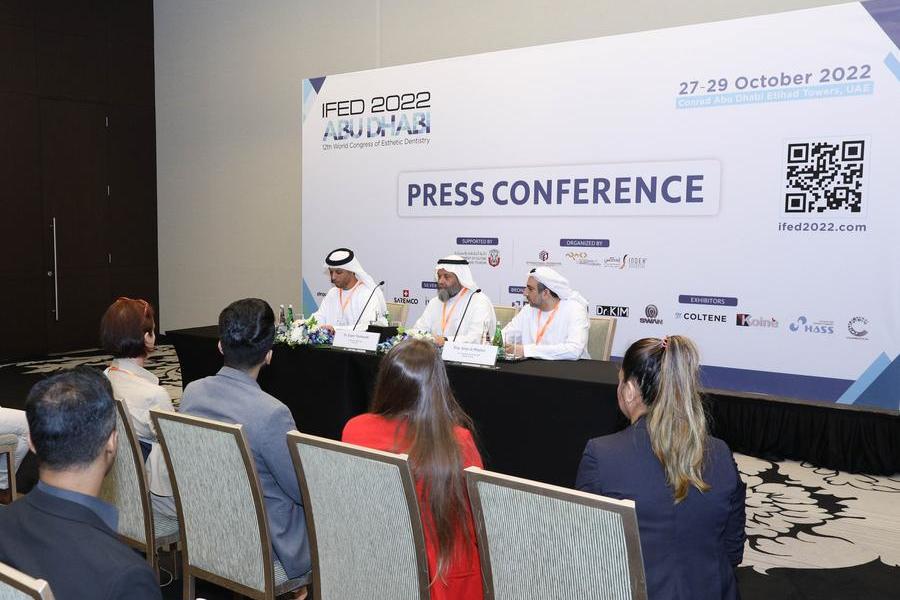 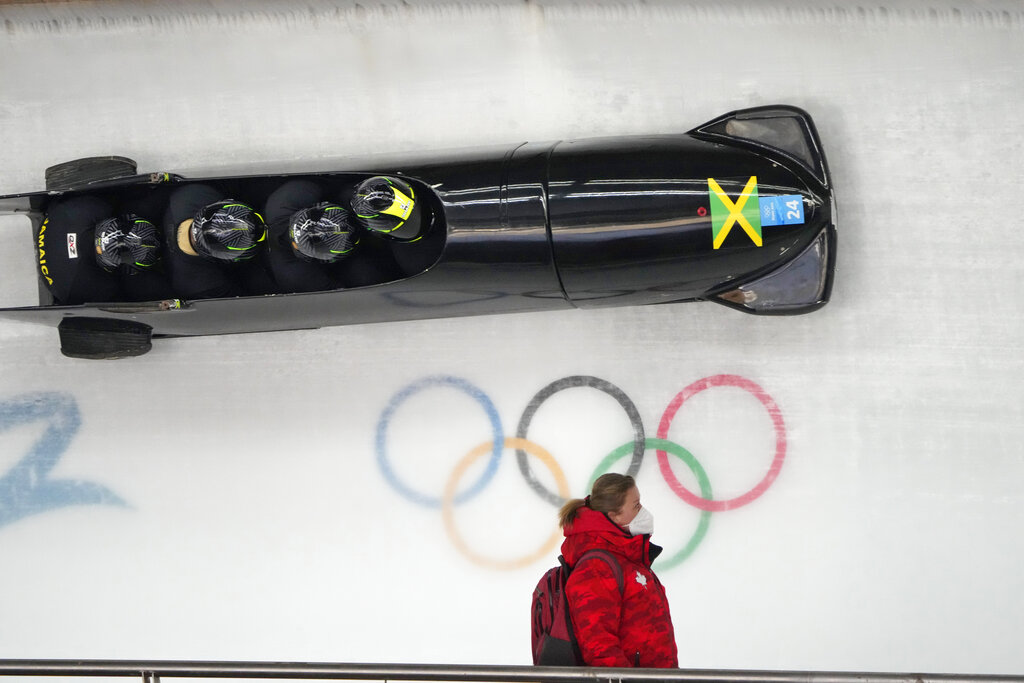 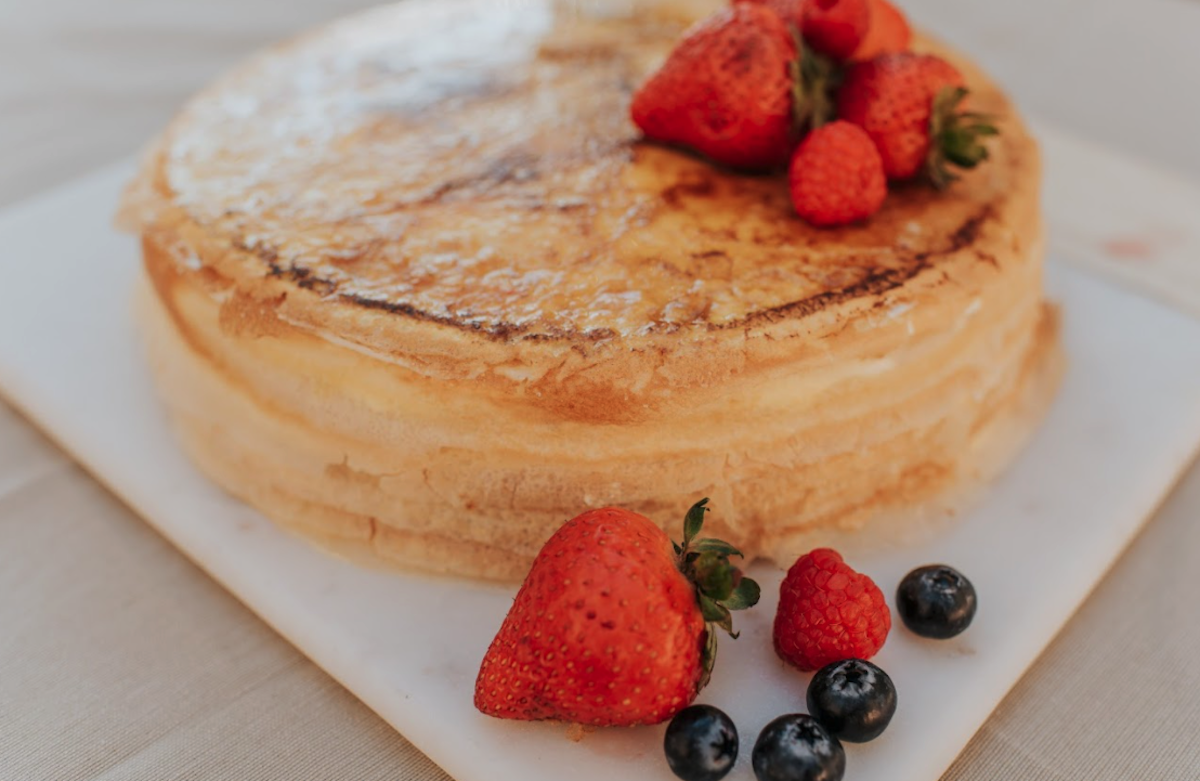