In Nigeria, at the end of the 1960s, a million people died of starvation during the Biafra war. A decade and a half later, food shortages and hunger in Ethiopia triggered by a natural disaster have claimed the lives of 1 million Africans.

Today, a new catastrophe — the war in Ukraine — threatens to plunge the continent into a new episode of famine and deprivation.

Fourteen African countries depend on Russia and Ukraine for more than half of their wheat imports, while almost half of the continent depends on imports for more than a third of its wheat. In addition to looming supply constraints, this crisis has already pushed food grain prices up by more than 25% in a matter of weeks. Some countries are preparing for supply shortages.

In the wake of the COVID-19 pandemic and its devastating socio-economic impact across Africa, the crisis in Ukraine threatens to place an inordinate burden on African households – many of whom were already struggling to make food on the table. Wandile Sihlobo, chief economist at South Africa’s Chamber of Agricultural Affairs, predicts critical short-term effects on supply and prices – a food crisis – unless the conflict is resolved quickly.

In short, in the event of a food crisis, millions of people will be at risk of malnutrition and deepening poverty.

Some African countries, such as Ethiopia, Nigeria and South Africa, have implemented domestic price controls and export restrictions. Benin has instituted an export ban. Others – such as Malawi, Zambia and Uganda – offer cash grants to vulnerable groups. But with the sharp rise in fuel and energy prices, another consequence of the situation in Ukraine, very few African countries will have the fiscal space to support such policies, even if they wanted to pursue them.

Food insecurity in Africa is not just a socio-economic problem. It is also a matter of human security.

Rather than wars and insurgencies, riots and protests now account for more than half of violent events in Africa, according to data from Armed Conflict Location & Event Data (ACLED). The recent violent protests triggered by domestic price hikes in Sierra Leone illustrate how inflationary pressures can easily foment instability. Also remember how the Arab revolts of the early 2010s sparked protests across North Africa.

High food prices generally hit the most vulnerable households hardest, making them “multidimensionally poor”, meaning they not only lack income, but also lack access to electricity, cooking fuel and services. basic social. Shrinking budgets will force households to shed their assets, eroding their ability to hedge against future shocks. These indirect effects of the food crisis will limit economic activity, deepen inequalities and could trigger social tensions and unrest.

The impacts of the war in Ukraine on food security in Africa raise three relevant questions: Why is the continent with 60% of the world’s arable land unable to feed itself? Why is it difficult for African regions with a food surplus to supply those with a deficit? And how did Africa go from a relatively self-sufficient food producer in the 1970s to an overly dependent food importer by 2022?

Answering these questions will help chart the course towards sustained and sustainable food security across the continent.

It is clear that food insecurity and the food crisis have dire socio-economic and security consequences for African people, households, businesses and governments – and these could have profound regional and global consequences.

Now is not the time to roll back development efforts in Africa or divert resources from the continent. Strategic investments in development and food security at this critical juncture will lay the foundation for sustainability and self-sufficiency.

If Africa is to withstand this global shock, immediate efforts by the international community should include enhanced bilateral assistance, innovative multilateral initiatives, including a rapid redirection of IMF Special Drawing Rights, and support for domestic resource mobilization. .

The war in Ukraine must not weaken multilateralism and development aid must not become a political tool.

Continued support from development partners is needed to put African countries back on the path of shared global development aspirations. The decline of multilateralism would undo decades of significant development progress and roll back gains made in the global fight against COVID-19. This is why the development community must redouble its efforts to provide adequate and timely support across the continent.

An upcoming opportunity is the 8th Tokyo International Conference on African Development (TICAD8) scheduled for August this year, where African leaders and their Japanese counterparts will meet to strengthen partnerships and cooperation, with Africa the controls. For nearly 30 years, the TICAD platform has recognized that for Africa to achieve sustainable development, the continent must find local solutions to its challenges.

Fragility and conflict in one country often have consequences around the world. This has been demonstrated by the COVID-19 pandemic, numerous climate emergencies as well as the war in Ukraine and the ensuing refugee crisis. Conflict-affected regions are particularly vulnerable to the devastating effects of these crises.

Emergency relief, supported by public-private partnerships, remains necessary in acute crises, but it is essential that these efforts are complemented by long-term investments that help affected communities recover and rebuild.

The World Economic Forum works with partners to identify and scale solutions in fragile regions of the world. The Humanitarian and Resilience Investment Initiative (HRI) aims to unlock private capital to flow into financially sustainable opportunities that benefit vulnerable communities. The Global Future Council on the New Agenda for Fragility and Resilience provides guidance to humanitarian and development actors as well as the private sector to improve support to local actors and facilitate responses that build community resilience.

To learn more and get involved in initiatives that are improving millions of lives, contact us.

Among the cornerstones of Africa-Japan relations is the emphasis on supporting African countries in their efforts to reduce their dependence on food imports and thus avoid a future food crisis. In addition, the Japanese-funded projects recognize that new investments in technology and the promotion of innovative approaches to entrepreneurship will position African youth to help spur a revolution in African food production.

A starting point should be the establishment of policy frameworks and a regulatory environment that favor agriculture and remove the perennial barriers of credit, land tenure, market and technology that have beleaguered the production and marketing of food for decades. The opportunities presented by the African Continental Free Trade Area arrangement should also be seized to increase production and benefit from expanded regional markets.

African countries should, once again, be regional breadbaskets and engines of sustainable and self-sufficient economic development.

Next Fall-off-the-bone Flavor: A Beginner's Guide to Marinade | Food and Recipes 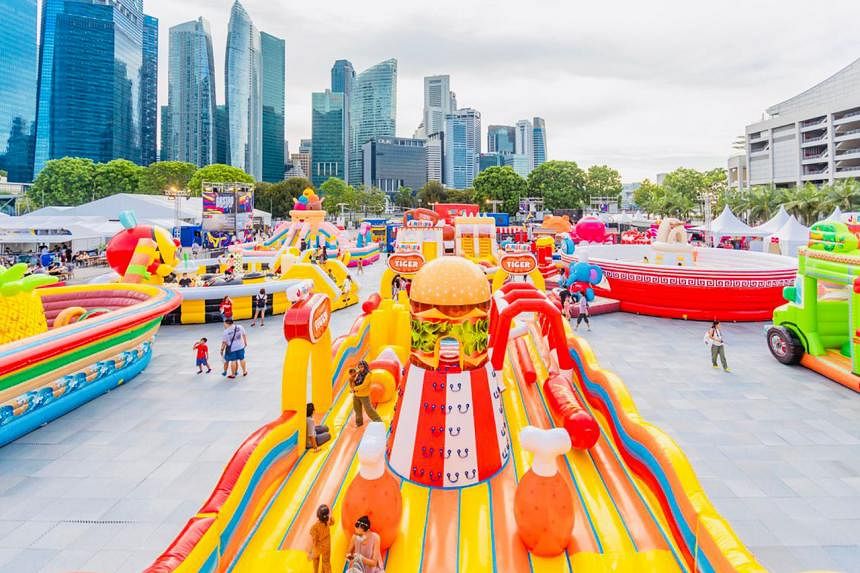